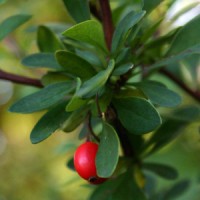 By Christine Williams on May 11, 2011 in Herbs, Natural Healthcare, Nutrients, Science, Top Stories

Barberry (Berberis vulgaris)is an herb which is not often discussed.  Like goldenseal (Hydrastis canadensis) it also contains berberine which herbalists use for its antibacterial properities and to help support the immune system.  The study belows indicates barberry has antioxidant activity which suggest its use would be beneficial for the support of the immune system.

Taraxacum–a review on its phytochemical and pharmacological profile.
Probiotics in gastrointestinal pathology