By Rob McCaleb on October 11, 2011 in All, Herbs, Natural Healthcare, Science, Top Stories 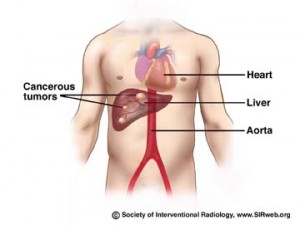 Researchers at Northeastern Ohio Universities Colleges of Medicine and Pharmacy look at liver cancer and the remedies, natural and synthetic, that can prevent and treat it. The abstract sets up the need for this research:

Despite significant advances in medicine, liver cancer, predominantly hepatocellular carcinoma remains a major cause of death in the United States as well as the rest of the world. As limited treatment options are currently available to patients with liver cancer, novel preventive control and effective therapeutic approaches are considered to be reasonable and decisive measures to combat this disease. Several naturally occurring dietary and non-dietary phytochemicals have shown enormous potential in the prevention and treatment of several cancers, especially those of the gastrointestinal tract.

The article then descrive the largest group of phytochemicals used for medicine in India and China: terpenoids, some of which are currently in clinical trials as anticancer agents. Liver cancer is the fifth most common cancer and the third highest cause of cancer-related deaths in the world, with a five year survival rate below 9%. The incidence of liver cancer in the US has risen 70% in the last 25 years. The authors comment on treatment and prognosis:

HCC (hepatocellular carcinoma) prognosis remains dismal despite many treatment options. Overall, the cure rate among patients who undergo resection is not very high and for those patients who are not eligible for surgery or percutaneous procedures, only chemoembolization appears to improve survival…

Sorafenib, the only drug approved by the United States Food and Drug Administration for the treatment of advanced HCC, increases the median survival time by less than 3 mo[21]. However, this drug does not defer the symptomatic progression of the disease, costs about $5400 per month for treatment[22], and exhibits severe adverse effects, including a significant risk of bleeding[23]. These drawbacks necessitate the search for novel preventive and therapeutic approaches for this disease.

After a review of what terpenoids are and how they are used, the article looks at plants and plant compounds with anticancer effects. “Terpenoids have been found to be useful in the prevention and therapy of several diseases, including cancer, and also to have antimicrobial, antifungal, antiparasitic, antiviral, anti-allergenic, antispasmodic, antihyperglycemic, antiinflammatory, and immunomodulatory properties.”

In terms of anticancer properties the article points out that a large number of triterpenoids suppress the growth of many types of cancer cells “without exerting any toxicity in normal cells,” and that preclinical studies show triterpenoids have chemopreventive and therapeutic effects against colon, breast, prostate and skin cancer.

This is the first review we have found that focuses exclusively on liver cancer. Of the compounds under current study, these appear to be the most promising:

In vitro
The only monoterpene studied was geraniol, which inhibits the growth of liver cancer cells by inhibiting HMG-CoA.

The diterpene andrographolide from Andrographis paniculata inhibited growth by apoptosis (inducing “programmed cell death” in the tumor cells) and two other mechanisms. Two other diterpenes are discussed.

The tetraterpenes are known as carotenoids and include the most common form of vitamin A (beta carotene) and astaxanthin, the compound that makes shrimp and salmon pink. Fukoxanthin, from seaweed, and lycopene from tomatoes also showed significant activity.

Sesquiterpenes with anticancer activity in liver cells include bisabolol from chamomile and zerumbone from wild ginger.

In vivo
Animal studies for activity against liver cancer are much less common, despite promising results from in vitro studies. Of these, geraniol again showed the ability to suppress liver carcinogenesis and limonene showed efficacy against HCC. Andrographis had “potent antitumor activity” by oral administration. Bacoside A, from Bacopa monniera delayed development and growth of tumors, and cucurbitacin B reduced tumor volume and tumor growth. Escin (from horse chestnut) and ginseng reduced tumor growth, as did glycyrrhizin from licorice.

Several studies showed a lack of efficacy for triterpenes, so look at the original article for a balanced view. It’s available free, online, HERE.