By Rob McCaleb on February 11, 2010 in All, Herbs, Opinion and Comment, Politics 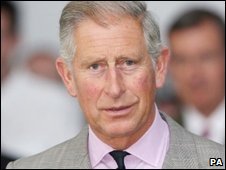 In a recent BBC article (hat tip to Ed Smith of Herb Pharm for noting this) Prince Charles is quoted as saying “herbal medicine must be regulated.” Here in the United States, we often hear legislators and especially FDA officials calling for stricter regulation of herbal products and other dietary supplements. So my first reaction to the BBC article was “oh, no! The orthodox medical establishment has gotten to Prince Charles.” I even wondered if his opinion was colored by the fact that he is now in the herbal medicine business with his own herbal product line.

On further thought, though, I had to reflect on the drama surrounding regulation of herbal products and nutritional products by the European Union. The “drama” featured a clash of different regulatory approaches employed by Great Britain and Germany. In Germany, nutritional and herbal products are regulated as drugs, and the German position has been adamantly in support of the entire world treating these products as such.

The British approach on the other hand, has been to allow truthful claims about those products that have been used as “traditional remedies” for medicinal purposes. So, for example, the herb feverfew, when sold in the UK, could bear labeling that stated “traditionally used for fever” or “traditionally used for headache.” Whether or not modern scientists or doctors agree that a particular herb has scientific merit for a specific condition, the UK approach was to allow claims based on historical use and experiential evidence (as long as the product is considered safe).

The German approach, much closer to the sentiments of American medical authorities and regulators, is that a substance must be proven to government officials as being safe and effective before it can be marketed with claims for particular purpose.

That may sound like a fine idea but there are a number of problems with it. The most commonly cited problem is that nutritional products are not patentable, which makes it virtually impossible to spend possibly hundreds of millions of dollars to prove their effectiveness. Furthermore, almost none of the current over-the-counter drugs, like aspirin, acetaminophen, cough syrups, astringents etc, have been subjected to that much scrutiny. Plus, many herbs and nutrients are best suited as preventive medicines for maintaining optimal health. This is exceedingly difficult to prove in clinical trials, because humans don’t have standardized diets or lifestyles. Finally, current regulations and most of the world discriminate against complex medicinal agents, preferring the simplicity of a mono substance synthetic chemical.

We’re still looking for something directly from Prince Charles explaining his position in calling for increased regulation and how that fits with his support for alternative medicine. Stay tuned.